Updates every 5 minutes --- mouse click "refresh" for the latest image.

This should play within several seconds. 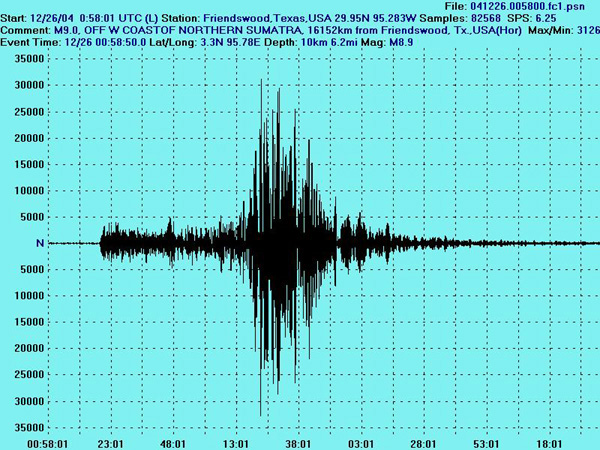 The 9.0 Sumatra earthquake on 12/26/04 as recorded by my garage horizontal seismograph FC1